Bastian Zach was born in 1973 in Leoben/Austria.
He lives as a professional writer in Vienna/Austria.

Matthias Bauer was born in 1973 in Lienz/Austria.
He lives as a professional writer in Tyrol/Austria. 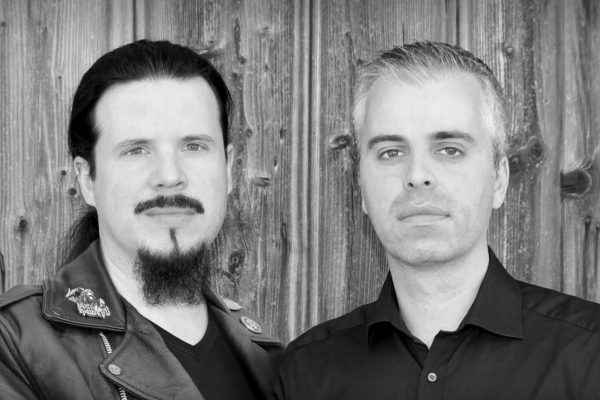 Zach/Bauer are successful novelists and screenwriters. They wrote the script for the international Viking movie “Northmen – A Viking Saga”, featuring Ed Skrein (“Deadpool”, “Game of Thrones”), Tom Hopper (“Black Sails”) and Ryan Kwanten (“True Blood”). “Northmen” was sold worldwide to more than 50 countries. Upon its release in the US the film immediatly entered the DVD/Blu-ray Top 10 charts.

Furthermore Zach/Bauer were involved in the concept development of the third season of ARD’s primetime TV-series “Charité” mit. At the moment Zach/Bauer are developing multiple scripts for national (e.g. ORF-“Tatort”, “Landkrimi”) and international production companies.

Zach/Bauers historical mystery thrillers “Morbus Dei: The Arrival”, “Morbus Dei: Inferno” and “Morbus Dei: The Sign Of Aries” are well-received by critics and have become bestsellers. The trilogy has been sold to US, Spain and Russia. amazon’s “audible” released the trilogy as audio-books. g5 fiction/ZDF Enterprises, Bavaria and Satel have opted the rights for an international TV-adaption.

After “Morbus Dei” the two books series “The Blood of the Picts” was released thru Heyne/Random House.

The sequel will be released in October 2020.